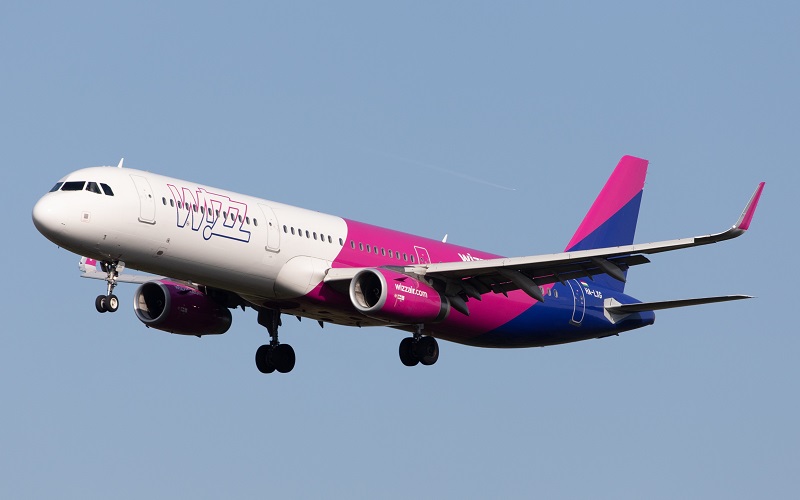 Wizz Air is the fastest-growing airline at Luton Airport, grabbing 45.9% of all commercial aircraft movements in 2020, doubling its share in 6 years and kicking easyJet into second place at 35.4%, with RyanAir in third place at 11.5%. This may be partly because Wizz continued flying during the first lockdown. The data below is from the Airport’s Annual Monitoring Report for 2020:

Another trend also needs to be understood when considering the impact of more and more Wizz flights: they fly the largest passenger planes used at Luton Airport, the Airbus A321. These heavier and noisier planes can cram in more passengers. This graph shows how the proportion of A321s has increased over the past 5 years to become the second most dominant type:

The newest A321neo types have more fuel-efficient engines, which save the airline money, BUT they are also supposed to be less noisy as well to deliver corresponding benefit to communities. However, when flown at Luton, the Airbus A321neos are proving to be NOISIER than the unmodernised A321s. In the case of the A320 aircraft, genuine benefit is obtained from the neo engines. This chart shows some noise comparisons – the A321neo, with its supposedly less noisy engines, loses every time – and this is the aircraft of the Wizz future!

Why is this? Well, Luton Airport has a significantly shorter runway of just 2160m compared to Stansted’s 3050m and Gatwick’s 3315m. As a result it is very likely that a large heavy aircraft like the A321neo can only be operated safely if more flaps and more thrust are used during takeoff and landing – just when the noise impact on local communities is at its peak.

LADACAN believes that the use of A321 aircraft at Luton Airport is inappropriate due to the short runway, as a result of which the fundamental requirement that communities should benefit as well as industry from new technology has been betrayed.