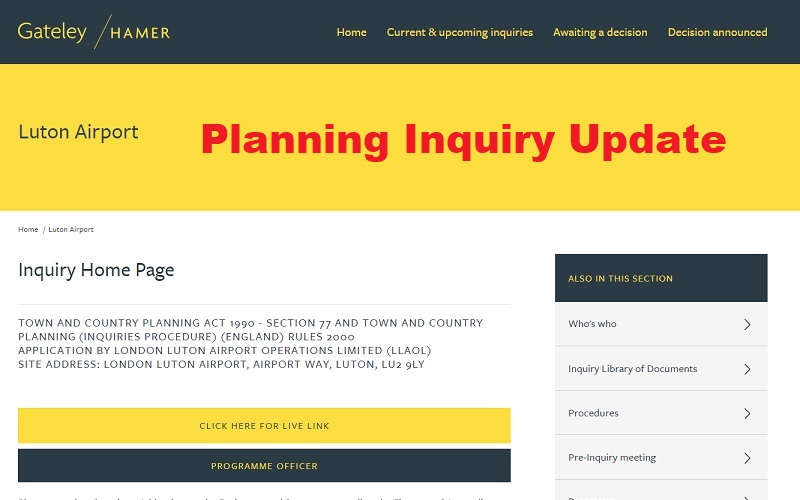 The three National Planning Inspectors who led the public Inquiry into Luton Airport expansion are now preparing a recommendation for the Secretaries of State, which is expected in the Spring. LADACAN represented local groups concerned about the impacts of the expansion on their health, quality of life and the character of the area. These key concerns are all relevant to the topics addressed by the Inquiry:

The Inquiry heard that the Airport has been a problem to the Borough Council’s planning department because of the assumption that it had the right to reach its passenger cap without taking account of its noise contour limits – what LADACAN has been saying all along.

The official website with the Inquiry documents and video streaming can be found at this link.

Anyone living locally and impacted by the noise from Luton Airport is welcome to join LADACAN to ensure their voice is heard: please see https://ladacan.org/about-us/ for details.

Do follow us on social media using the handle @GoLadacan

Click the link below to go to the next page to find out more about what they are proposing.