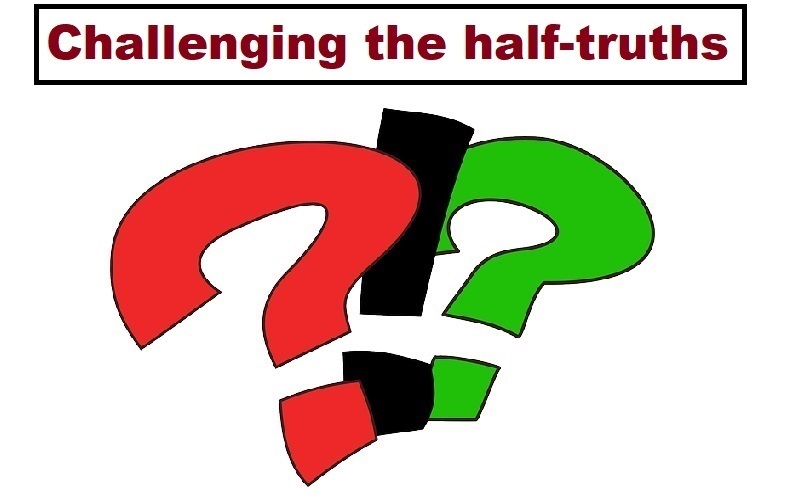 Our brief comments on the consultation questions

The consultation on these proposals ended on 4th April 2022. This is a brief summary of the areas covered, and why the plan is such a bad idea.

Q6 comments on Draft Need Case ( ie the justifications)
Brexit, COVID, higher oil prices and changing patterns of behaviour as people try to reduce their carbon footprint will affect air travel pattern in ways that are not yet clear. Many companies say they will reduce business travel and use online meetings. Government policy in response to its net zero commitments is still evolving. It is difficult to predict demand for more flights from Luton, and this is a very costly project with huge environmental impacts. It would be more sensible to get a clearer picture before spending more money on this application.

The Need Case overstates the role Luton Airport plays in the local economy, tourism and connectivity. Around half of its flights have been to visit friends and family and numbers may reduce with less migrant workers. It is not central to the Oxford/Cambridge Arc as is claimed since Stansted is more convenient for Cambridge. The Arc project is losing government support. Levelling up is intended to develop areas to the north, not the areas around London. A more diverse local economy would be more beneficial, and Luton Borough Council has been told to reduce its financial dependence on the airport as part of government COVID support package.

People overwhelmingly rejected further expansion of the airport during the non-statutory consultation because of the noise and environmental impacts. There has already been very rapid expansion since 2014 and that project is not yet complete because noise mitigations and longer term reductions have not yet been delivered.

Q7 comments on maximising jobs, skills and training
There is commercial opportunity in developing and installing renewable and more sustainable energy sources such as wind and solar technologies, as well as improving battery technology, heat pumps and home insulation. These are areas in which more valuable, diverse and sustainable local skills could be developed through proper investment and training. Existing opportunities in aircraft engineering would continue, but offering a more diverse mix creates a more vibrant and resilient local economy rather than remaining focused simply on jobs related to the airport.

Q8 comments on design changes
It’s not clear how much actual saving will be made by moving two the equivalent of Wembley Stadiums less earth as a proportion of the earth to be moved in levelling out a site on a hill which is not suited to expanding the taxiways and hard-standing. This is being proposed as a Nationally Significant Infrastructure Project but the return on investment and business case is not at all clear, neither is it clear how it would be paid for. It is not sensible to drive piles into a land-fill site which is poorly documented but known to contain toxic waste which has caused gas emissions.

Q9 emerging transport strategy
Luton Airport has very poor east/west connectivity, and the Lower Luton Road is not suitable for existing volumes of traffic. The emerging transport strategy does not say how this will be solved. The M1, A1081 and A505 became very congested by 2019, following significant growth of airport capacity, and the pandemic has caused even more of the passengers to use cars. No evidence is provided to show why they would switch to using public transport or how this would be achieved for the catchment areas not served by the Bedford to St Pancras line. The strategy makes a lot of aspirational statements but contains little by way of credible targets.

Q10 comments on phased approach
The phased approach delays significant and expensive development of terminal 2 until demand reaches given levels, but this would affect costs due to inflation and increasing costs of raw materials. Forecasts are unreliable at times of significant change, and the consultation does not explain how the commercial arrangements with an airport operator or other parties would ensure an adequate level of build quality and mitigation to construction disruption and noise. Passenger numbers, airline fleets and the rate of airspace change are not under the control of Luton Rising and so the timescale of growth and mitigation is unclear. Communities would have no certainty until more reliable forecasts can be made.

Q11 draft code of construction practice
The construction itself will create noise, vibration, dust and emissions. There are unknown risks in excavating the Eaton Road landfill, due to the poor archive information available. No code of practice can accommodate unknown risks and it is unclear how the project would accommodate these.

The proposed increase in capacity would mean 30,000 more people being adversely affected by noise. Increasing the number of commercial flights by around 60%, with departures starting at 5am and arrivals continuing until 3am, would harm health in the worst-affected areas. To the east of the airport these include Breachwood Green, St Paul’s Walden, Bendish, Preston, Hitchin, Stevenage and Knebworth. To the west, South Luton, Caddington, Kensworth, Studham, Leighton Buzzard, Pitstone, Whipsnade as well as the Area of Outstanding Natural Beauty. To the south Slip End, Markyate, Flamstead, Gaddesden, Redbourn, Harpenden, St Albans and Welwyn. The only areas eligible for any noise insulation are the very worst affected homes in South Luton and Breachwood Green, and this is only a partial mitigation since it is of no use outdoors and requires windows to be kept closed.

Adding so many more flights would add significantly more carbon emissions to the national budget, and every airport expansion takes the overall carbon emissions in the wrong direction. The results of the Jet Zero consultation have not been published and the claims about new technology such as hydrogen-powered planes and zero emissions flight are not yet proven, with no timescales for introduction at Luton Airport. So-called Sustainable Aviation Fuel is more costly, competes with other users of biomass, and still creates carbon emissions.

Q13 comments on Green Controlled Growth
Although Green Controlled Growth is claimed to be a unique framework of legally binding controls, it adds little to the process of scrutiny of the airport operation, because Luton Borough Council would still be in charge of the process, and the airport operator would be monitoring and reporting on data. This monitoring and scrutiny arrangement has a very poor track record at Luton Airport, with the airport operator being incentivised by the Council to reward growth and super-growth airlines, and in the process breaking the noise control planning conditions set by the same Council. Neither the airport nor the Council took its oversight and scrutiny responsibilities seriously, and there is no evidence that they will do so under the re-labelled Green Controlled Growth scheme. And since the limits and thresholds would be set by Luton Rising, they would simply reflect the growth trajectory it intends to achieve. To be effective, the whole process of growth trajectory, control and setting environmental limits should be overseen completely independently.

Q14 comments on open space proposals
Concreting over Wigmore Valley Park to build a new terminal, aircraft stands and car parks is detrimental to the essential open space which acts as a buffer between local housing and the airport. It also destroys valuable ecology in this County Wildlife site, which contains mature trees, ancient hedgerows and established wild orchids. A narrow strip of farmland further away from local houses is not adequate recompense to the community or the ecology. Agricultural farmland should be preserved for food production in any case. Wigmore Park is located on an old landfill site which contains oil drums and other toxic waste. It is known to be hazardous and is likely to have been generating gases which could cause explosions.

Q15 compensation proposals
The limited compensation being proposed is not adequate for loss of quality of life, and possible loss of well-being. Where people are forced to move due to finding their homes have been blighted, they may be able to make a claim if they living very close to the runway – but this is after the event. How will they know for sure whether compensation would actually be payable? Others would have to rely on the Land Compensation Act and find a way to prove loss of value to their homes is due to noise blight. The only other compensation being offered is money paid into community funds, which hardly makes up or loss of residential amenity. The fitting of noise insulation to homes those closest to the airport involves double- or triple-glazing and a pump on the wall to bring in fresh air. It does not mitigate the noise outside, and means people cannot open the windows at night when it is hot. Neither does it provide any mitigation to the many tens of thousands of people overflown by the airport. The compensation proposals do not make up for the harms which the proposal would cause.

Q17 any other comments?
The consultation exhibitions and brochures paint a very one-sided picture in favour of the expansion proposals, and the true impacts are hidden in thousands of pages of technical material. The environmental impacts are played down in favour of claimed jobs and economic benefits which themselves are over-stated and poorly evidenced. The whole project will add to UK carbon emissions and make it harder to achieve net zero, which is against government policy. There is no certainty about the noise impacts because limits and controls have not been provided. There is also no certainty about who will pay for the developments proposed or whether they represent good value for money.

Please sign the petition to government to reject this plan: https://petition.parliament.uk/petitions/610459

We provide more detailed comments on the Luton Rising proposals on the next page – click the left hand link below. Follow @GoLadacan on Social Media for updates.